Two locations where the route of a water pipeline intersected a section of Ryknield Street Roman road were investigated. At the first location a timber pile of early Roman date was recovered on the road alignment, suggesting a timber construction across Redleadmill Brook. At the second location, cleaning of the prominent agger suggested that the bulk of the surviving in-situ material was only initial road surface gravels incorporating a larger stone fraction. The road did not appear to have associated side ditches.

The full report in pdf format can be downloaded here

The report details the results of a survey by Creswell Heritage Trust on the line of Ryknield Street 5 km south of Chesterfield between the villages of Tupton and Wingerworth.
Two locations were investigated, a dissection of the Roman road at GR 39256651 in advance of a pipeline development to the south of Redleadmill Brook in addition to an already exposed section of the well preserved Roman agger 60 metres to the north at GR 39266658.
Topographically, the area is lowlying within the Rother Valley

A timber pile was recovered, one of three on an alignment with the course of Ryknield Street, the surviving remains of a timber structure early Roman in date that crossed Redleadmill Brook, seems to support the suggestion; the Roman road at this location was not a metalled surface but presumably a bridged section. Certainly there was a contrast between the lack of stone in the ploughed field at this point and further to the south. 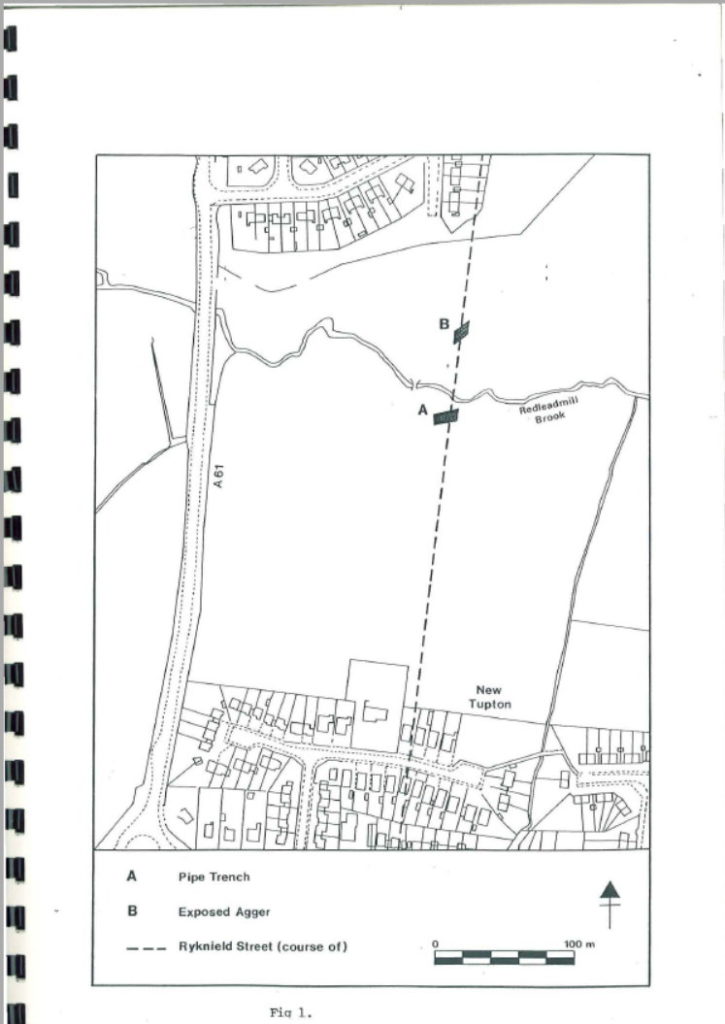