A report in The Derbyshire Courier’ of 13th December 1845 records that: “An inquest was held at Tupton on the 5th inst. on the body of Samuel Lomas, aged 69 years. The deceased was the Parish Clerk at Ashover Church, where he resided, and on the previous afternoon had been attending a funeral at North Wingfield Church, and on his return home called at the Royal Oak Public House at Tupton, and partook of some gin and water, and left there a little after 8 o’clock. In order to save a short distance to get upon the turnpike road leading from Tupton to Ashover (Ashover Road) he went into the farmyard of the Public House from whence he could get upon the road. In the yard there is a small pond which he had to pass, the water in which in the deepest part is not more than eighteen or twenty inches, and in which the deceased was found drowned the next morning, about 7 o’clock. Verdict: Accidental Death.
The old Tupton Turnpike was situated near the Tupton Tap/Royal Oak on a site now covered by one of the first semi-detached houses along Ashover Road. The toll bar cottage, a tiny, three roomed, stone cottage, stood until as recently as 1958 when it was demolished and the present house built.
Today Ashover Road follows the same route as the turnpike road of the Eighteenth Century. The Tupton to Ashover section formed part of a larger turnpike linking with a turnpike at Grassmoor, which handled much of the traffic to Matlock. The original board advertising tolls was discovered in the cellar of the Royal Oak and it is interesting to note that the charges appear to have been based on the breadth of a vehicle’s wheels. The right to collect tolls was let out by auction by the Turnpike Trustees. 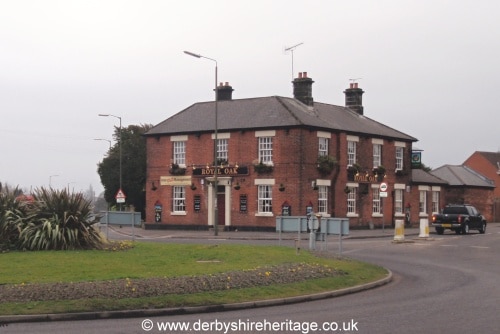 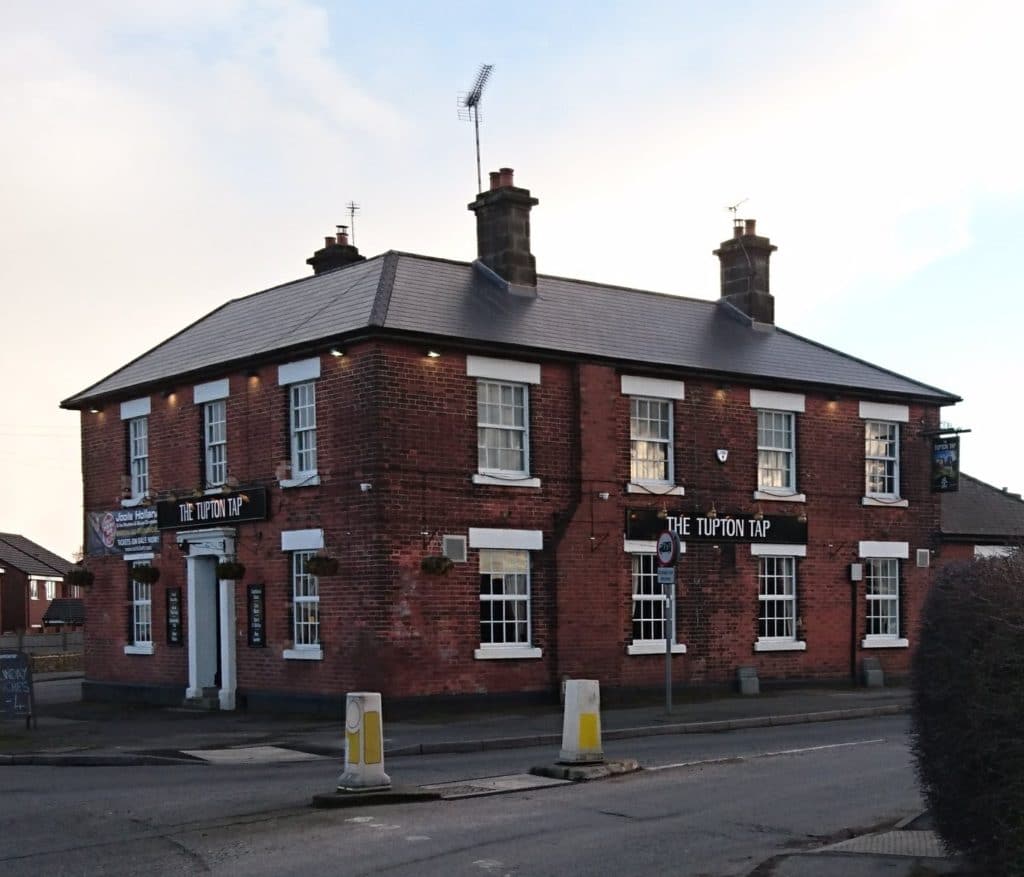 James Brown has provided some interesting information and photograph about the history of the Royal Oak.

This photograph, dated about 1890, shows what appears to be the skittles team and numerous locals with what look to be homemade skittles and balls. 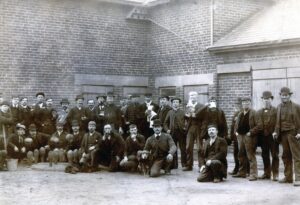 The landlord William Brown is the man holding the tray. His father Joseph ran the pub before him. In fact the family had the pub for over 20 years. William died in 1896.

Joseph Bown is buried in Tansley marked by an impressive headstone near the church entrance. it also mentions his son Anthony who died in Brokenhill Australia in 1892. Anthony wrote to the Royal Oak in 1892. 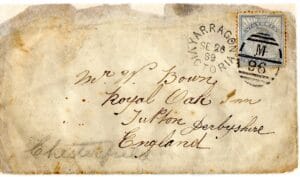